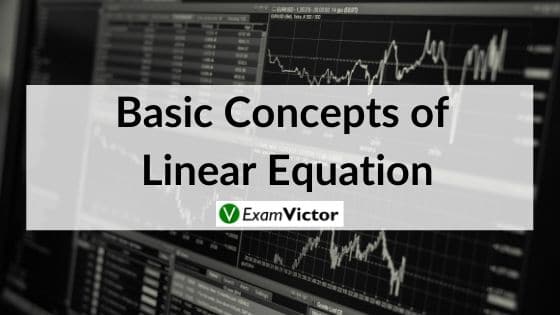 Most cars won’t be able to run for more than 250,000 miles, so how much longer will your car live? Linear Equations are the most basic kind of algebraic function and can help you answer questions exactly like this. Learn about what they look like, how they come up in your life and why they are powerful tools.

What’s the point? Why do I care about a linear equation? Well, linear equations are the most common patterns of numbers we see, and they can be used to describe all sorts of situations you see around you.

In this post, we have defined Linear Equation and helped you in building a Linear Equation with giving a proper detailed example.
we hope you liked our post.
you can also check our post on Concepts of Time and Distance here. Do share your suggestions in the comment section below.