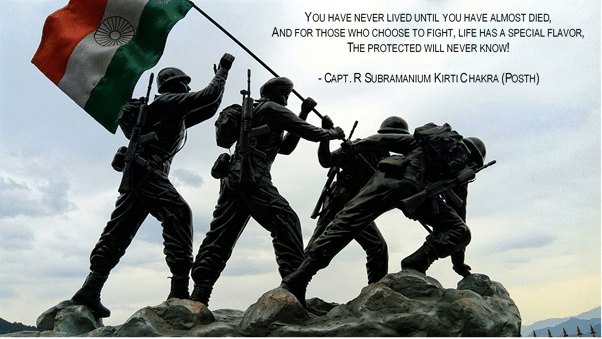 The tri-services of the Indian Armed Forces – Army, Navy and Air Force are the pillars of India’s defence. They work tirelessly under relentless conditions to protect the country against any possible attack. It is this selfless act of patriotism that has people showering praise, respect and admiration on them. If the defence-life is calling you, then read on.

There are two exams that can help you get through the Indian Armed Forces – The NDA (National Defence Academy) exam and CDS (Combined Defence Services) exam. On getting through the NDA exam, candidates are required to go through the following training programs:

Post completion of the training programs, NDA cadets are awarded B.Sc. / B.Sc. – Computer/ BA/ B. Tech degree and assigned the rank of a Lieutenant.

On getting through the CDS exam, candidates are required to go through the following training programs:

In both cases, cadets are offered a stipend of ₹21,000 per month (fixed) during training.

On commission, candidates are offered the position of a Lieutenant.

The eventual growth to a Captain, Major, Lieutenant Colonel and Colonel (both selection-based and time-based) is based on the years in commissioned service for officers selected through either exams. However, for the senior ranks of a Brigadier, Major General, Lieutenant General and General, CDS exams offer a time-bound promotion while NDA candidates have to depend on the selection process laid out from time to time.

There is a huge difference in the salaries offered to officers selected through NDA and CDS. Here is an overview: Apart from the pay-scale mentioned above, officers from Lieutenant to Brigadier are also paid a Military Service Pay (MSP) –

For CDS officers the newly proposed DA is ₹20,000 per month. Also, Air Force officers are paid an additional qualification and flying allowance.

This is similar for both NDA and CDS officers.