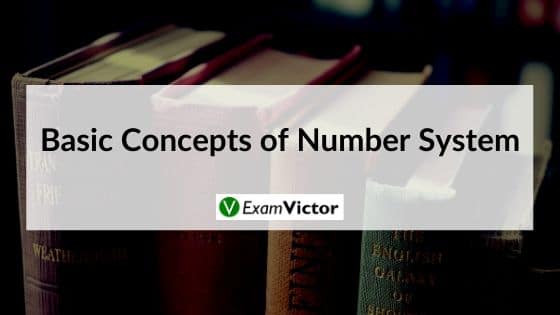 What is a Number System?

A number system is a system of writing for expressing numbers. It provides a unique representation to every number and represents the arithmetic and algebraic structure of the figures. It also allows us to operate arithmetic operations like addition, subtraction, and division.

The whole numbers are the natural numbers together with 00.

(Note: a few textbooks disagree and say the natural numbers include 00.)

The integers are the set of real numbers consisting of the natural numbers, their additive inverses and zero.

The set of integers is sometimes written J or Z for short.

The sum, product, and difference of any two integers is also an integer. But this is not true for division… just try 1÷21÷2.

All decimals which terminate are rational numbers (since 8.27 can be written as 827/100.) Decimals which have a repeating pattern after some point are also rationals: for example,

An irrational number is a number that cannot be written as a ratio (or fraction).  In decimal form, it never ends or repeats. The ancient Greeks discovered that not all numbers are rational; there are equations that cannot be solved using ratios of integers.

The first such equation to be studied was 2=x^2. What number times itself equals 22?

√2 is about 1.414, because 1.414^2=1.999396, which is close to 2. But you’ll never hit exactly by squaring a fraction (or terminating decimal). The square root of 22 is an irrational number, meaning its decimal equivalent goes on forever, with no repeating pattern:

Other famous irrational numbers are the golden ratio, a number with great importance to biology:

π (pi), the ratio of the circumference of a circle to its diameter:

and e, the most important number in calculus:

The complex numbers are the set {a+bi| a and b are real numbers}, where i is the imaginary unit,√−1.

This set is sometimes written as CC for short. The set of complex numbers is important because for any polynomial p(x) with real number coefficients, all the solutions of p(x)=0 will be in C.

In this blog post, the basic concept of numbers is explained with the help of detailed examples to clarify the concept. The types of Numbers (Natural, Whole, Integers, Real, Complex, Rational, Irrational) are also explained in detail taking some examples to clarify the concept.
Hope you liked this post. Leave your comments in the comment section below.