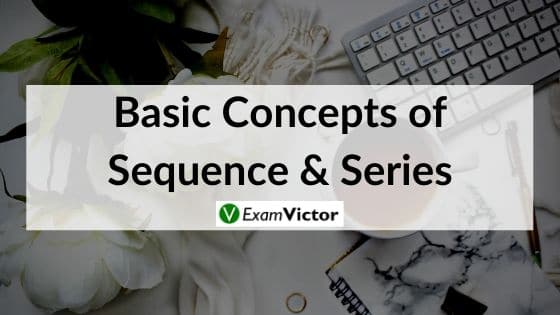 A sequence is a set of values which are in a particular order. In simple words, we can say that a succession of numbers formed according to some definite rule is called a sequence.

Mathematically, a sequence is defined as a map whose domain is the set of natural numbers (which may be finite or infinite) and the range may be the set of real numbers or complex numbers. We can represent it as

If the terms of a sequence follow a particular pattern or a rule, then such a sequence is termed as a progression. Basically, there are three types of progressions:

The questions in exams mainly are focused on AP and GP.

Arithmetic progression(AP) or arithmetic sequence is a sequence of numbers in which each term after the first is obtained by adding a constant, d to the preceding term. The constant d is called common difference. Geometric Progression(GP) or Geometric Sequence is sequence of non-zero numbers in which the ratio of any term and its preceding term is always constant. In this post, we have explained basic concepts of sequence and series with detailed examples.