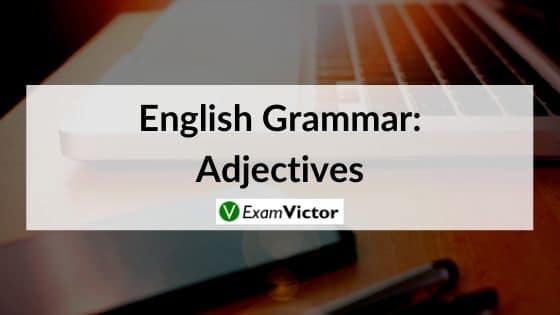 Most students learn that adjectives are words which modify (describe) a noun. Adjectives do not modify verbs or adverbs or other adjectives.

Margot wore a beautiful hat to the pie-eating contest.
Furry dogs may overheat in the summertime.

In the sentences above, the adjectives are easy to spot because they come immediately before the nouns they modify.

But adjectives can do more than just modify nouns. They can also act as a complement to linking verbs or the verb to be. A linking verb is a verb like to feel, to seem, or to taste that describes a state of being or a sensory experience.

That cow sure is happy.
It smells gross in the locker room.

Adjectives can express degrees of modification:

As mentioned above, many of us learned in school that adjectives modify nouns and that adverbs modify verbs. But as we’ve seen, adjectives can also act as complements for linking verbs. This leads to a common type of error: incorrectly substituting an adverb in place of a predicate adjective. An example you’ve probably heard before is:

INCORRECT – I feel badly about what happened.

Because “feel” is a verb, it seems to call for an adverb rather than an adjective. But “feel” isn’t just any verb; it’s a linking verb. An adverb would describe how you perform the action of feeling—an adjective describes what you feel. “I feel badly” means that you are bad at feeling things. If you’re trying to read Braille through thick leather gloves, then it might make sense for you to say “I feel badly.” But if you’re trying to say that you are experiencing negative emotions, “I feel bad” is the phrase you want.

In this post, we have defined Adjectives with the help of easy examples. Degree of Adjectives and Adjectives v/s Adverbs are also explained, which has made the concept even more clear and easy to understand.
For more posts related to English, check the links mentioned below.
Adverbs
Subject of a Sentence
Articles
English Preparation

Also, let us know your comments and suggestions in the comment section below.